Beginning with a group of 20 women performing locally in 1973, the Upper Chesapeake Chorus evolves into an international competitor and expands its performing opportunities to include the wider Baltimore area, neighboring states, the international stage, and even The East Room of The White House. Here's our story. 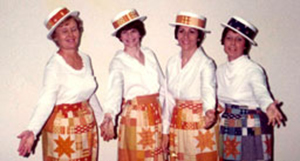 The chorus forms in 1973, when a Sweet Adeline from New England moves to northern Maryland and finds no women’s Barbershop organization in the area. To remedy this, she proposes a Sweet Adeline chorus be founded to serve the Maryland area of Harford and Cecil counties and southern Delaware. Advertisements are placed in local newspapers asking for “women who like to sing”. The first two years are a struggle to build and retain membership. 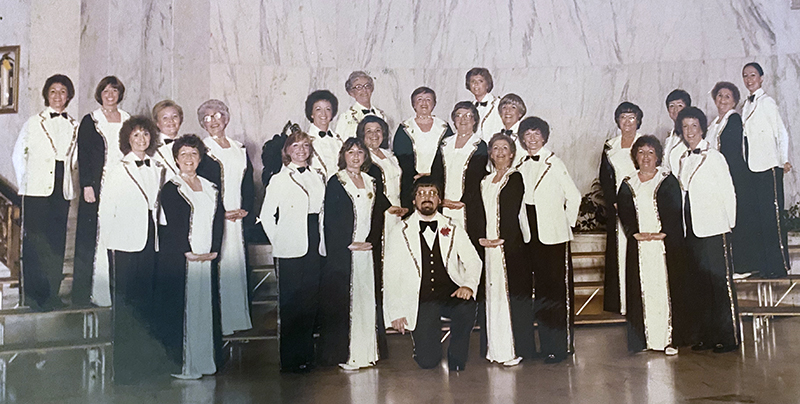 In September of 1975, Sweet Adelines International grants a charter to the fledgling chorus under the name of “The Mary-Dels” to reflect membership from Maryland and Delaware. For a few years the name becomes “The Merrie-Dells” until finally the group adopts the name “Upper Chesapeake Chorus”. The inaugural director is a music teacher and professional musician, Bob Wallace. In 1980, Beth Rupert, a charter and current member of the chorus, becomes the second director. In addition to a strong musical background, Beth contributes a vision for developing the chorus and increasing its membership. In 1987, Cydney Wentsel comes from the Elkridge chorus to accept the position as third director of the Upper Chesapeake Chorus. Cyd brings expertise gleaned from many years participating in award-winning choruses and quartets as well as skills as a music arranger. In a very short time, the chorus begins to win regional awards: most-improved chorus twice, once by 110 points; placement in the top 3 small and then mid-sized chorus categories; and eventually, consistent placement among the top five choruses in the region overall.

In 2007, Cyd retires from directing in order to pursue other roles within the Sweet Adelines International organization. At this time, Rick Taylor, a long-time men’s Barbershop performer, coach, and men's chorus director, assumes the director’s position for Upper Chesapeake Chorus.

Under Rick Taylor's training and direction, the chorus' scores skyrocket in 2010. The score of 619 points qualifies Rick Taylor as SAI Master Director and the chorus for a Harmony Classic appearance in 2011. 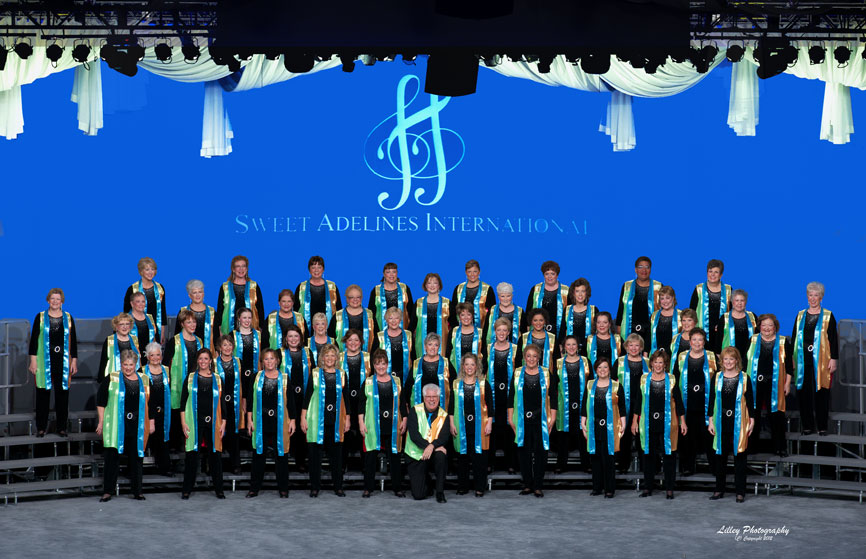 UCC competes for the first time on the SAI international stage in Denver, Colorado.

UCC competes as the hometown chorus in the international competition in Baltimore, Maryland.

The chorus celebrates the 40th anniversary of its charter with Sweet Adelines International. At the regional competition, UCC receives second-place mid-sized chorus and third place overall.

This is a year of unexpected change. Director, Rick Taylor, who led UCC to the international stage, resigns his directorship of women's and men's choruses to accept a coveted position within the men’s international barbershop organization. As a result, UCC members elect not to compete at the 2016 regional contest. Instead, the chorus focuses on a director search. Vickie Dennis, the former director of Houston Horizon Chorus becomes the new director.  Under her direction, the chorus begins a tradition of an annual Holiday show.

Tyler Horton takes over as director of Upper Chesapeake Chorus. Tyler takes on the challenge of directing the chorus during the Covid pandemic, leading the group in Zoom rehearsals for nearly two years. Under his leadership, UCC continues to learn and expand their vocal and performance skills. 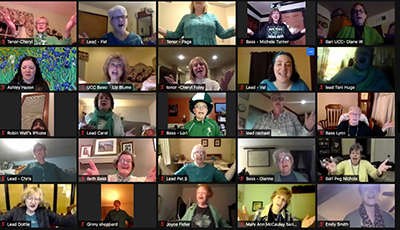 During the pandemic, the chorus practices via Zoom and via a unique format outside. The “Carbershop” technique has the women socially distance in a parking lot while singing into microphones while listening to a track.. 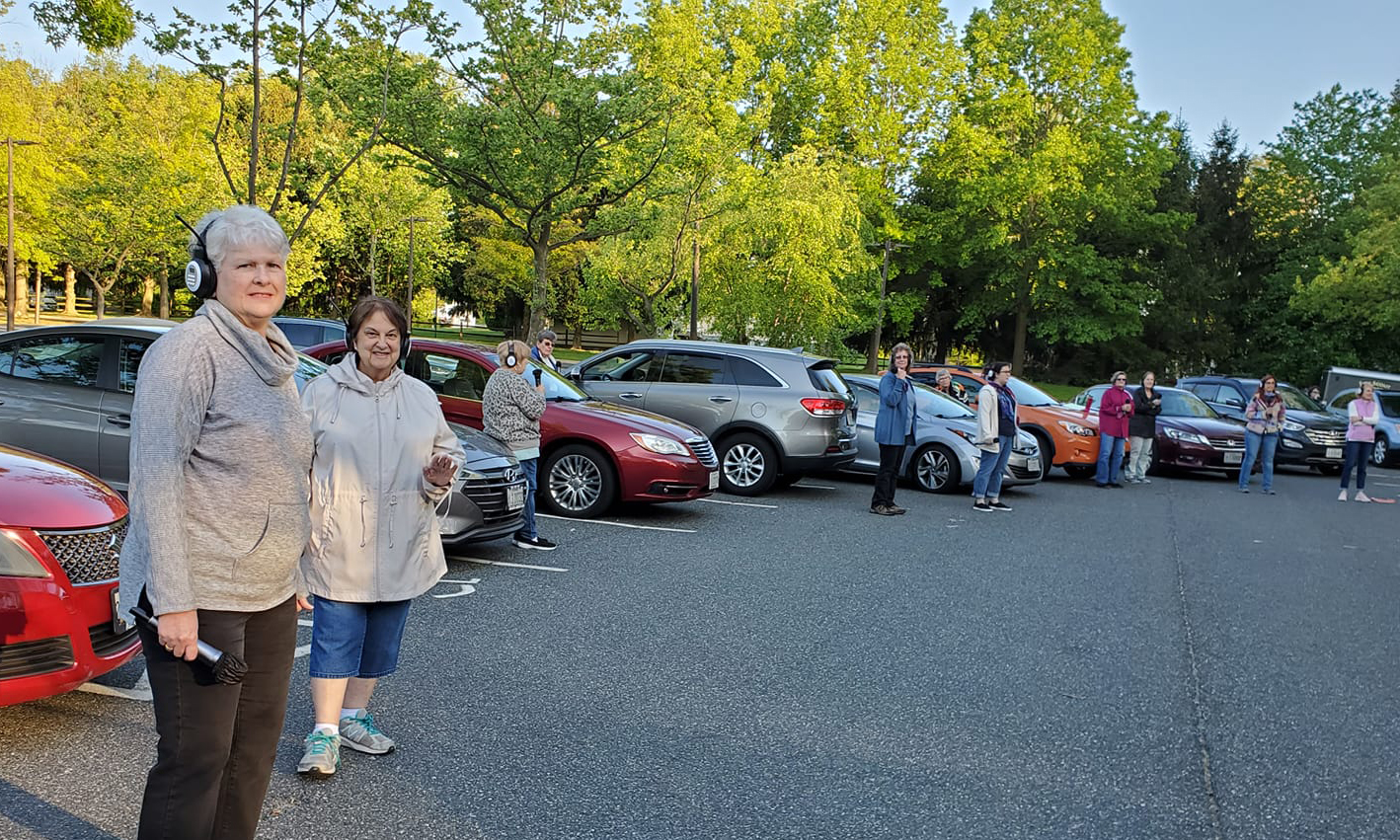 Coming out of the pandemic, UCC wins 2nd place in the Region 19 Mid Atlantic SAI competition under the continued directorship of Tyler Horton.

The chorus resumes public performances signing at local events like the Bel Air Festival of the Arts on Sunday, September 18, 2022. 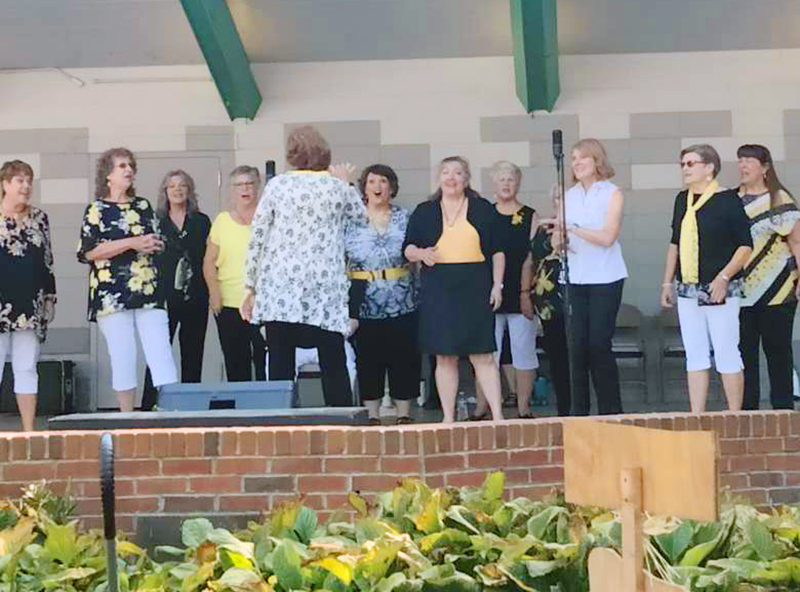 Sign up to receive UCC news and event postings.